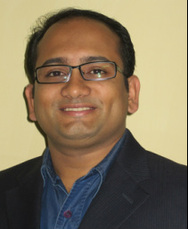 
Research Interests
My primary research interest is neurobiology of Obsessive Compulsive Disorder (OCD). The focus of my research is in elucidating potential biomarkers/bio-signatures of this illness. In addition, I am also examining the biological markers that predict response to medications. In this context, imaging (structural & functional) and immune substrates are being evaluated under my project- -“Neural and immunological predictors of SSRI response in Obsessive-compulsive disorder: search for a composite biomarker”.

High risk subjects of schizophrenia and subjects with early psychosis form another important part of my research interest. I am actively involved in the rigorous examination of neuro-cognition and its brain substrates as endophenotypes in these subjects in an endeavor to reveal the potential markers of illness in schizophrenia. Eye tracking and transcranial direct current stimulation also form important tools in my research apart from the neuro-imaging and neuro-cognitive assessments.

About Me
I am currently a faculty in the department of psychiatry in NIMHANS (Assistant Professor, DST-INSPIRE faculty). My clinical affiliations include OCD clinic and schizophrenia clinic, NIMHANS.  What struck me when I worked with the patients is that OCD symptoms have a great degree of universality. This extent of universality indicates a strong neurobiological basis. However, as Warren Buffet says, "the chains of habit are too light to be felt until they are too heavy to be broken", the enigma behind the “OCD circuit” is far from clear now. I realized the need for better models that explain the illness and a prime need for markers of treatment response.  In this context, I began my research examining the brain based markers of OCD- primarily using imaging and immunology. Also, schizophrenia was the theme of my research while I worked as a clinical research associate and I continue to work with patients who are very early in the course of their illness in addition to their unaffected relatives. Thus, early psychosis forms another integral part of my work with Dr. G. Venkatasubramanian.